Howdy, I’m Josh and I work as Head of Marketing for Mojeek, a role that I’ve been in since October of 2020.

I’m extremely interested in the effects that digital technologies have on society and I am an avid reader of books on the subject; currently I’m re-reading Shoshanna Zuboff’s The Age of Surveillance Capitalism as a part of a reading group, and my other book that I’ve only just started is Lewis Mumford’s Technics and Civilization.

In my spare time I like to tinker; my current 2022 projects are to set up a variety of different Pi-based (I have 6) projects in my house (VaultWarden and Synapse for example), to switch over to an alternative operating system on my phone, and hopefully to switch out from my MacBook to a Framework Laptop running Linux.

I live in Brighton, UK with my partner and two cats, one of which is pretty fond of Mojeek merch. 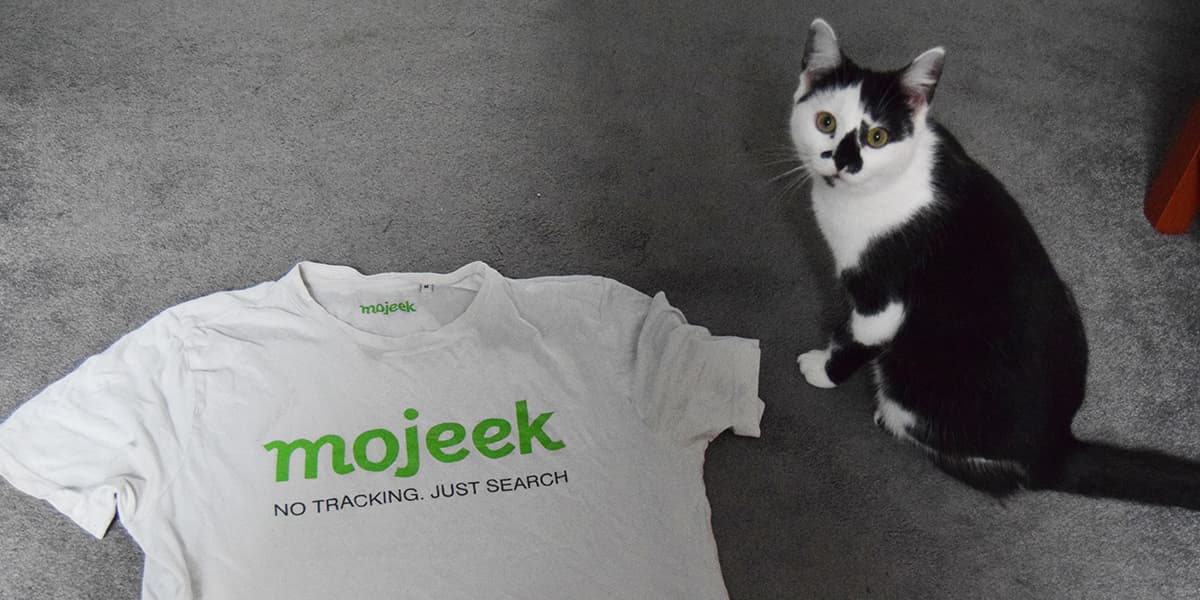 Colin Hayhurst, CEO of Mojeek here. Welcome to this community; we look forward to engaging with you.

Apart fom here, I’m pretty active on Twitter if that’s one of your places too. I’m less active on LinkedIn but you can see my long and varied background there if interested; and to save repeating here.

, I’m Sam and I have been working in my current role Marketing Executive at Mojeek since July of 2021.

I have always had a keen interest in digital technologies and this played a big part in what drew me to Mojeek initially.

Hello, i am Aleksander Gramm. a marketer/SEO at F5 Studio.

I like Mojeek and I am happy to use its web search.

Hi! I am Tommi, I am interested in sociological repercussions of technological and political decentralization.

Very happy to be here.

your website is actually in my bookmarks, big fan of the design; you’ve talked on it about how you have little time, same here, but I intend to build my own digital garden soon enough, or should I say “plant?”

Richard here, I’ve been programming with Mojeek since 2018 and have been interested in search since setting up a website biology-online.org in the late 90s.

Hi, I’m Marc the founder and initial developer of Mojeek.

Hi, I’m Brad. Back in the '90’s I built several niche web directories. I still dabble in that a bit. In the 00’s I was a moderator on a couple of small SEO forums. I guess I’ve always been interested in how people discover pages on the web be it search engines, directories or other means. I’m also very interested in privacy issues on the Internet.

Great to have you here @Brad

if you want to direct your experience to a question we’ve been thinking on recently, this one: Search Choices - Your Input Sought it would be much appreciated

Hi, I’m Nova. I’m interested in search engines and privacy and I’ve been using Mojeek for quite a while now.

Welcome @Nova, good to have you here; we are always looking to hear from seasoned users of Mojeek

it’s great to see you here

am an independent journalist aka unemployed freelancer

Based in New Zealand now, I was raised 29 years in the Cook Islands, a micro-state in the same timezone as Hawaii - but south not north of the equator. Do a lot of volunteer work for media non-profits, and focus on #corruption, #governance, and how #tech furthers both in good and bad ways.

Only just learnt yesterday that Mojeek has it’s own search directory so got very intrigued - had seen it previously but thought it was just another google/bing/yahoo offshoot.

I hope to encourage Mojeek to look at news as a point of difference to other engines - we don’t really need six year old Windows press release, for example - we need reviews from reliable news sources about the latest Linux?

Greetings @jasonbrown1965, it’s great to have you here and, as News is something we’re looking to work on our offering of very soon your input is going to be invaluable, I am sure

New Zealand has been top of my bucketlist for far too long. Hopefully I can make it there on a, well overdue, next trip to see my brother and family in Oz.

Great that you are working for media non-profits. Plenty of stuff to write about on #corruption, #governance, bad tech and #adtech! Speaking of the latter a big case was won against adtech yesterday in EU: in case interested two articles by the experts in these quote tweets https://twitter.com/ColinHayhurst/status/1489145414595002373 and https://twitter.com/mojeek/status/1489149277679099904

Good luck in finding paid work. Of course, if you know of anyone one looking for a good tech story, or you wanted a heads-up from us …

Hello, I’m Frank
I think that it was 1992 that I bought the book "Teach Yourself Turbo Pascal 6.

Fast forward from then to now, I’m peddling two programs that I’ve spent the past few years “perfecting”. zapdex.com and zaptheater.com

Welcome @floughry, it’s great to have you here. I’m sure that that amount of time and experience spent working on Web technologies means you’ll find conversations here useful, and we’ll definitely find having you here beneficial too.