Do you use an alternative OS on your smartphone?

i.e. Not stock Android, not iOS

Then I bought a refurbished iPhone and that was it.

I’ve been using /e/ for the last year.

The Planet Computers Astro Slide looks interesting in that you can dual boot Android and Linux. But I’m not in the market for a new phone and will likely get a bargain phone when mine dies. I wish that Fairphone would ship to the US.

Same. I’d love to see a US carrier version of Fairphone, specifically with /e/ OS.

The Astro Slide definitely does look interesting and I’d not seen this one before. I also wasn’t aware that you couldn’t get the Fairphone in the US, which is a shame.

I’m having to do some considered calculations on shipping and imports for something I desperately want that has to come from the US and it’s a pretty big barrier to being able to afford things. Hopefully this is something which will change as more and more people become enthusiastic about modular tech.

This turned up in my inbox today.

It comes with LineageOS or Ubuntu Touch.

Note the pre-order info on the home page is a bit out of date as the newsletter I have says:

But while a crowdfunding campaign for the Pro1-X wrapped up in late 2020, the phone has yet to ship. F(x)tec said last year that supply chain issues interfered… and they haven’t really gotten much better since then. But now the company says the manufacturing facility has begun trials of the assembly processor, which means that mass production could begin soon (if no further problems are found). And that means the phones could begin shipping to backers soon.

Crowdfunding has ended, but the phone is up for pre-order from the F(x)tec store for $829 and up, with an estimated ship date of April, 2022. I’d take that estimate with a grain of salt for now though.

The revival of the hardware-keyboard-under-screen is something I’ve seen around quite a bit of recent, this is not a type of phone I ever had (I went straight from a Nokia 3310 to an iPhone 3G). I’ve also seen screens that fold and doublewides.

Re: Ubuntu Touch, great to see this little guy on the back of a phone… 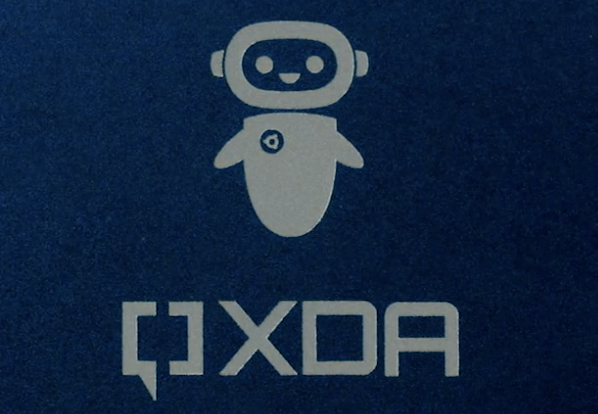 I have tried it on the PinePhone, admittedly very early on, and it was a very promising in-progress OS. Still, I think I’m looking to something more like /e/ or Lineage when I make the switch.

I am very tempted by so many of these phones. But, my current phone is only 2 years old so maybe in 3 more years I’ll splurge for a PinePhone or a something with a keyboard, and if not, something that can run an alternative OS; my Nokia’s bootloader cannot be unlocked as far as I know.

Having a quick look I can see some methods but they all come with a massive:

CAUTION, THIS IS RISKY

Bootloader unlocking was super easy on a Galaxy and on the Pixel I use for testing, the above would signal that you’re pretty much right. This will make the splurge all the more of an event, I’m sure.

Yeah, no, I have done bootloader unlocking before, but with the Nokia phones when the only reference is a guy in an xda forum who says “in theory this should work on the 5.3” I would rather not. I have used /e/OS on my old Moto G (1st Gen) and it was perfectly usable.

Yeah, in theory is for sure no good. I watched Gael on Open Tech Will Save Us last night (only seems to be a YT link out there at the moment, apologies) and it sounds like there’s a determination within /e/ to provide an operating system that works on devices long-forgotten by their manufacturers, and the people maintaining Android for them. Brilliant stuff and power to them.

I keep wondering if Amazon and Microsoft are looking at the numbers about bringing out their own smartphones again now that cracks are appearing in Android and Apple’s lock on the phone market.

And I think it’s a long shot because both companies are so huge that they have trouble thinking in terms of small lots and small niche markets.

We were watching the launch event live, it’s on their Vimeo here and was pretty slick, good graphics and well presented.

I gave e OS a very good run on my old Pixel I bought for testing (which seems to be in need of some fixing at the moment) and was impressed. It was especially easy to add in my home Nextcloud instance.

I updated to /e/OS ver 1.0 yesterday on my Samsung S9+. I bought the S9+ refurbished from /e/ about a year and a half ago. /e/OS OTA updates have been regular and monthly since then with no problems except when they also updated the version of Android which caused my notification sounds to all sound like a frog being strangled. I had to choose new sounds.

Otherwise it’s all been smooth.

Anyway ver. 1.0 seems to be stable so far for this first day.

/e/ added a feature to ver 1.0 called “Advanced Privacy” this uses Tor somehow to obscure your identity. It caused MS Outlook and Twitter to freak out so fair warning, only turn it on if you are not using any of the silos from our corporate overlords.

The Murena One branded phone /e/ is moving into the user mainstream. This is the first phone built for them under their own brand. They also have co-branded phones like Fairphone and Teracube.

the problem, as i understand it, is that there’s multiple operating systems running on every phone with a cell radio, one being the baseband/radio OS/firmware and it is a) proprietary, b) insecure, c) has low-level access to hardware (think mic, cameras, location, etc.) and d), shares the same memory used by the user-facing OS - this isn’t terribly unlike the BIOS firmware in a PC

in other words, it apparently doesn’t make a difference what OS you install when the underlying firmware controls the hardware

this rotten state of affairs has resulted in a few phones that a) don’t run Android, b) use separate memory for the user-facing OS and c), have hardware switches for the camera, cell modem, GPS, etc.

PINEPHONE is one (i believe it isolates the baseband) and Librem is another, but i believe there’s a couple more

Librem goes so far as to offer two versions, the more expensive one being a US version where there is a verified chain of custody during manufacture to avoid tampering and unwanted swapping of components, however it’s currently $2K

As of 2019, all available mobile phones have a proprietary baseband chip (GSM module, cellular modem),[2][3][4] except for the Necuno, which has no such chip and communicates by peer-to-peer VOIP.[5][6] The modem is usually integrated with the system-on-a-chip and the memory.[4] This presents security concerns; baseband attacks can read and alter data on the phone remotely.

The Librem 5 mobile segregates the modem from the system and memory, making it a separate module, a configuration rare in modern cellphones.

another potential option is a phone with no cellular modem that uses WiFi only - WiPhone is kind of a dirt-cheap hackers toy, but there are also full feature phones as well

also see Some of the Best Linux Phones

There is, however, a significant downside to choosing the Pinephone or Librem 5: Linux Phones | Madaidan's Insecurities

I do own a pinephone, though. I don’t think there are any good phones, just different compromises you need to make.

It all depends upon the threat level to your communications and who is trying to spy on you. So with something like eOS all you are really doing is keeping Google and maybe third party commercial types from spying on you for advertising purposes. It isn’t intended to keep you free from industrial spies or government spies or law enforcement.

The Linux phones add another layer of complication but again it depends on who you are defending against. And Linux on phones has the same problems with Linux in general: Balkanization of distros and lack of universal apps.

The only sure defense is don’t carry or use a cell phone of any sort.

There is, however, a significant downside to choosing the Pinephone or Librem

yes, thanks for mentioning this - isolating programs is apparently one of the benefits of Flatpak’s but i don’t know whether that’s a comprehensive solution

a key excerpt from the article you linked…

Linux phones lack any significant security model, and the points from the Linux article apply to Linux phones fully. There is not yet a single Linux phone with a sane security model. They do not have modern security features, such as full system MAC policies, verified boot, strong app sandboxing, modern exploit mitigations and so on, which modern Android phones already deploy.

It all depends upon the threat level to your communications and who is trying to spy on you.

agreed - i should’ve mentioned that but i got lazy