A good number of users, and some people here, requested we implement an option for Mojeek to work without the local cookie. This allows you to express your Preferences in the URL.

Some of you will have tested it: Settings as a URL / Cookieless Mojeek and we are grateful for the feedback.

It’s now live for all users. 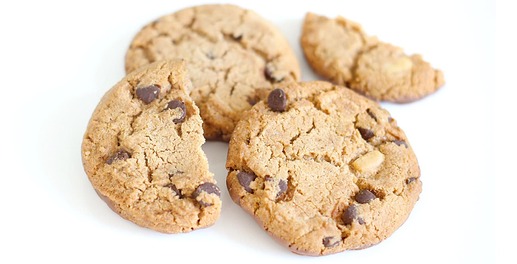 We wrote a blog post to accompany launch of this feature: Who Needs Cookies? | Mojeek Blog. In that we discuss third party, first party and zero party data and, of course, show you how to use it.

I just discovered this feature and I love it. You can even generate preferences without Javascript! Particularly handy for users who clear cookies on every restart (e.g. TOR users). I’ve added Mojeek with custom settings as a search engine bookmark in Firefox.

My only issue is that I can’t use bookmark keywords in Firefox’s search box (I use both the omnibar and searchbox with keyword.enabled set to false), but there’s not much Mojeek can do about that.

Thanks! It’s rather baffling to me that Mozilla removed this feature that Google Chrome, of all browsers, manages to get right. And then provide far more user-hostile alternatives. The rationale seems to be that users aren’t intelligent enough to edit URLs correctly, so they took it away completely?

As much as I’m a fan of Mozilla, this is nonsensical…

This might be the official browser-supported way of doing this? Apparently, all you need to do is setup a local webserver, create a .HTML file that contains an XML file which contains the information about the search engine, then you go to http://localhost and you can then click “Add Search Engine” in the search box. Credit to baptx for finding not one, but two solutions to a problem that shouldn’t exist in the first place and sharing them.

I’m reminded of the 4 hours I spent trying to figure out how to setup a homepage that Firefox would go to every time I opened a new tab without installing a third-party extension.

Ahem - so yes, the extension is definitely a far easier solution which automates this entire process. Definitely the one I would recommend for this use case. But I just happen to have a local Apache server running around the clock, so…

that said, i do recommend Firefox, but only because it’s one of the most hackable browsers out there which can be beaten into submission given some time and effort - in fact, all modern web browsers are crap because the modern web is crap and they have to render it

ps: FYI, you can also add search engines manually if you want in the search.json.mozlz4 file - there’s a neat add-on that makes it easy and doesn’t rely on a 3rdf party - just make sure to backup your existing file first ← not kidding

Oh, I’m definitely aware of at least some of it. The Cliqz stuff came out when I was researching Brave Search, for example. The DOH thing bothered me personally. Hell, they’ve always been like this. As Jamie put it:

Netscape has been a great disappointment to me for quite some time. When we started this company, we were out to change the world. And we did that. […] I must say, though, that it feels good to be resigning from AOL instead of resigning from Netscape. It doesn’t really feel like quitting at all. I was the 20th person hired at Mosaic Communications Corporation (All Praise the Company), and of those twenty, only five remain. The company I helped build has been gone for quite some time. We, Netscape, did some extraordinary things. But we could have done so much more. I feel like we had a shot at greatness, and missed.

Mozilla has done some great things. Firefox, of course, but Bugzilla, Rust, Thunderbird, and MDN, and I suppose they could technically take credit for Javascript. JPEG-XL, which was recently NACK’d by Chromium, works in Firefox, so yay them…

And then there’s the could-have-been-cool projects like Firefox OS and Servo (that one was brutal). I don’t think the problem is that Mozilla ‘puts profit above people’, to twist their tagline (their structure works against those incentives), but that it’s mismanaged. Mozilla could certainly be making much more money if they had no ethics. So many of these moves just reek of incompetence instead of willful malice.

Ultimately, I like Firefox more than Chrome, and that’s why i use it. userChrome is great! I love getting Firefox to look like it’s using GTK4. It’s going to be a sad day when Mozilla finally axes it.

in fact, all modern web browsers are crap because the modern web is crap and they have to render it

Yes. As a (nominal) web developer, yes. Google doesn’t make it any easier.

I conclude that it is impossible to build a new web browser. The complexity of the web is obscene. The creation of a new web browser would be comparable in effort to the Apollo program or the Manhattan project.